What is the History Behind Memorial Day? 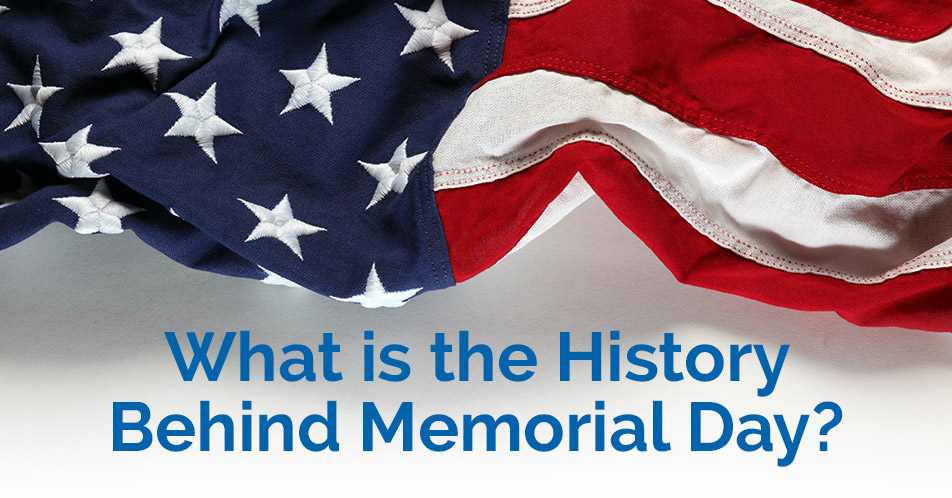 On May 28, 2018, Americans will celebrate Memorial Day in honor of the service men and women who gave their lives for their country. This holiday was originally called Decoration Day and dates back to the end of the Civil War era when special tributes were made to those who perished in the conflict. Today, Memorial Day is a federal holiday celebrated by millions across the country.

Spring of 1865 marked the end of the Civil War, one of the most troubling periods in American history. As the years passed, people across the country began to hold impromptu tributes to those who had died in the conflict. In 1868, General John A. Logan, representing a group of Northern Civil War veterans, requested that May 30th be designated a national day of remembrance for fallen Civil War soldiers. He urged Americans to visit cemeteries and place flowers on the graves of those who had died. This holiday became known as Decoration Day.

Over the next century, America engaged in a number of military conflicts around the globe in which thousands of military personnel perished. In remembrance of these individuals, Decoration Day became Memorial Day, an official holiday to honor the memory of all military personnel who gave their lives in service to their country, both in the U.S. and abroad.

In 1968, the date of Memorial Day was changed to the last Monday of May by Congress via the Uniform Monday Holiday Act. It was also designated a federal holiday, giving federal employees a three-day weekend in which to celebrate the occasion. In 2018, Memorial Day falls on May 28 and will be celebrated by parades, memorial services, family gatherings and other festive activities. In addition to Memorial Day, there are a number of holidays in May that pay tribute to U.S. military personnel. May 8 is Victory in Europe Day. It commemorates the day Germany surrendered in WWII and is celebrated in major cities across the country.

At Sunny Days In-Home Care, we take pride in providing quality elderly care services to both military and non-military retirees in the Pittsburgh and surrounding areas. We appreciate the contributions seniors have made to society and are committed to helping them live a higher quality of life in their golden years. To learn more about our in-home care services, call us at 724-260-5186 today.

“To enable seniors to live with dignity in their chosen place of residence.”

← What Types of In-Home Care are Available at Sunny Days? Why Being a Caregiver at Sunny Days is a Fulfilling Career →